Sio (Toy Industry Overijssel) From 1938, wooden toys were made from Amsterdam and the factory in Vroomshoop. Including Sio montage, doll houses, puzzles, games and garages. At first the garages were simple and rough in design. Later in the 1950s the garages got more detail. For example, the wooden petrol pumps got "real" hoses, a logo and a plastic text on the roof. They also used a working lift in the garage for the first time. The sales of the garages hitched a ride with the success of the Dinky Toys and Corgi Toys brands. In the 1960s more and more details were added to the garages, such as a plastic version of an Atlas Copco compressor. Sio also entered into a partnership with Corgi Toys so that they could both be seen in the mutual advertising campaigns. According to collectors, Sio made the most beautiful garages at the time. Sio also had its own system for the construction of the garages, which kept the costs low in the production of them. In this way various models could be made in a simple way. With 1 or 3 floors, no problem. One of the most common fuel brands was Caltex. But when Caltex left Europe as a brand, the emphasis shifted to the Shell brand. But garages with the brands Esso and Burmah have also been made on a small scale. Of which Burmah garages are hard to find. When the demand for toy cars declined in the 1970s, the demand for garages also came under pressure. Out of necessity, they entered into a joint venture with competitor Depreux from France. Which made the differences between a Sio or a Depreux garage difficult to see. But in 1982 the Sio brand was sadly over. In recent years, the collection of Sio garages has increased and thus steal the show in the display case of many a collector.

Sort by:
Best sellers Relevance Name, A to Z Name, Z to A Price, low to high Price, high to low
Showing 1-6 of 6 item(s) 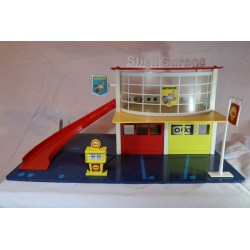 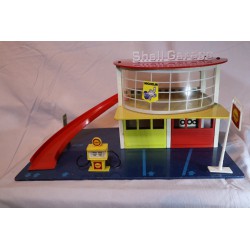 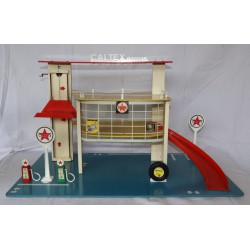 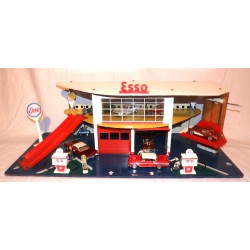 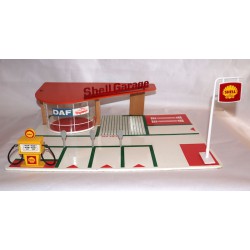